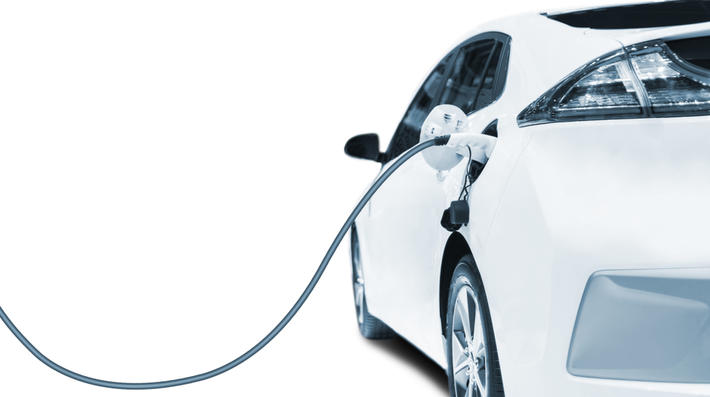 Aluminum is an essential metal for EU electric car manufacturing. A new project now promises to keep this sector clean and low-cost through a circular economy. Let's find out how.

Aluminum in the production of electric vehicles

In the last year, the electric vehicle market has experienced significant growth, which for the moment does not seem to show signs of slowing down. Globally, two million electric cars were sold in the first quarter of 2022 alone, 35% more than the previous year despite the difficulties encountered on supply chains.

The shift from internal combustion engines to electric vehicles is perhaps one of the most important innovations in the fight against climate change. However, electric cars also require different raw materials and specific alloys that diesel and gasoline vehicles do not need.

Due to the current geopolitical climate, European lawmakers are now planning to resume local raw material extractions within the next few years - in the case of magnesium, as early as 2025. However, an increase in primary production and mining could also cause a drastic increase in CO2 emissions, sabotaging Europe's plan to become carbon neutral by 2050.

The SALEMA project: the solution for aluminum in the production of electric vehicles

A solution to this problem could now come from SALEMA (salemaproject.eu), a research project funded by the European Union. Through this initiative, which started in May 2021, 16 partners in six European countries have joined forces to make the electric vehicle sector greener, while reducing the EU's dependence on imports of raw materials. The project will last three years and will be developed in six different demonstration sites.

Aluminum is essential for future electric cars, especially because of its main feature: lightness. Battery weight is one of the main problems of modern electric vehicles. A lighter aluminum frame makes this less critical, giving the car a longer range. For these reasons, aluminum has become particularly important in the production of electric vehicles, although its use in cars is not new. About 15% of the bodywork of an internal combustion car is made of aluminum.

However, this percentage is above 50% for electric vehicles. This is among the characteristics that make electric vehicles fundamental for the future of transport. In cars that run on traditional internal combustion, aluminum is mainly used in the engine, while in electric vehicles it is used in the chassis itself, a feature that also allows for better shock absorption. Aluminum also has a high thermal conductivity, which facilitates the dissipation of heat from the battery. In practice, it allows both an increase in the range of the car and the safety of the driver.

Aluminum is one of the most versatile resources on the market, to the point that 75% of all aluminum produced in the history of this industry is still in circulation, in one form or another. Until now, however, recycled aluminum has been mainly used for applications that did not require mechanical processing.

Aluminum has always been recycled, but mainly to produce low-quality components, such as medium mechanical requirements and castings. Now they are designing and developing alloys for molding, extrusion and diecasting, which until now had to be made exclusively with primary aluminum. This will allow you to work with previously impossible applications.

Specifically, SALEMA will demonstrate the potential of these new alloys in the production of electric vehicles using five case studies based on different aluminum components:

Basic research for the development of partially recycled alloys will also help aluminum producers to adapt their processes to the necessary changes. This will also include diecasting and stamping procedures. These newly developed alloys will also be made with a low raw material content, which means they will use fewer resources. In addition, the aforementioned longevity of aluminum will also allow the reuse of magnesium and silicon.

SALEMA bets on two different solutions for the replacement of these elements: one is to recycle waste aluminum, extracting the raw materials already present in it. The second method instead involves replacing them with other non-critical elements, such as iron and manganese. There are iron-based alloys with manganese which have excellent mechanical properties.

Over the next three years, the new SALEMA alloys will be put to the test in the five case studies already mentioned and evaluated in terms of performance, with the aim of identifying the most promising processes to accelerate their adoption by the market. If successful, this circular economy model applied to aluminum for the automotive sector could lead to a new era of sustainable production. The benefits would potentially also benefit beyond the electric car industry alone. In addition to aviation, rail transport and packaging, another promising sector is in fact that of construction. When used with other classic materials, such as glass, aluminum guarantees further stability, longevity and in general greater safety.

A project like SALEMA confirms how new challenges can bring innovation even in apparently well-established industries. The malleability of aluminum had already been known for centuries, yet, thanks to modern industrial knowledge, it is now accelerating the development of new low-carbon technologies, with consequent benefits for both the economy and the environment.