Home / News / italpres, 70 years of design and manufacture of moulds and die-cast aluminium of quality 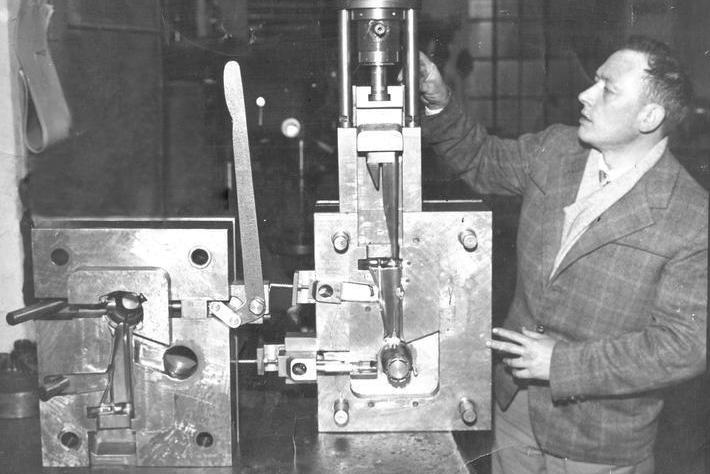 italpres is celebrating the 70th anniversary of its foundation. The company was established in 1947 thanks to the dedication and resourcefulness of pioneer Bruno Zani, who began his career as an engraver. Soon his technical knowledge and the moral support and practical wife Flavia Ghidini, brought him to the first production of precision equipment and molds.

The vision of the family Zani led, in the early 1960s, to purchase the first die casting plant. Since that time the company was recognized internationally in specialized design, mould making and die casting quality.

The commitment, before the founder Bruno and today's children, is the Foundation on which rest today the accomplishments of the company and the jobs coming from all over the world. In fact, a flexible mindset and the supply of skilled staff were allowed to accommodate technological innovations over time that led outcomes first in Europe, then in other countries.

Today, with 70 years of experience in the design and construction of moulds for the production of die castings, thousands of projects developed with customers through co-engineering parts for high-quality performance thanks to 6 platforms equipped with software for engineering mechanical equipment.

In the meantime the new industrial revolution has also affected this sector that is gearing up with innovative 3D printers to implement control of the production of die-cast aluminium articles.

Before buying a 3D printer, mould and die-cast aluminium companies shall evaluate the possibility of exploiting international services centers offered by some leading companies that provide manufacturing services on request for moulds and models designed to melt metals. Over time, the benefits and opportunities offered by 3D printing becomes increasingly evident, the order volume gradually increases and die-cast aluminum companies begin to see profitably a potential investment in this technology.