New opportunities the energy supply for the aluminum industries 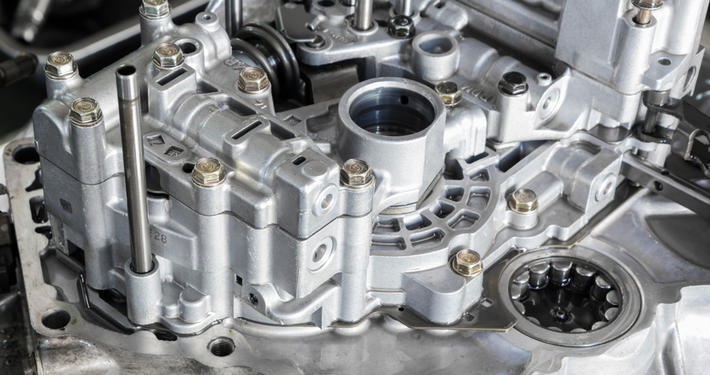 New opportunities the energy supply for the aluminum industries

With the new global policies towards a carbon-free future, many companies and industries of aluminum die casting are re-planning and reorganizing their working realities. The aim is to meet the new environmental needs, adapting its production and updating it with cutting-edge technologies capable of guaranteeing substantial energy savings and significant reductions in CO2 emissions.

Through new power generation contracts for foundries, many industries, including large-scale ones, are reviewing their policies for cleaner electricity.

These measures, in addition to reducing waste and emissions, allow companies to help protect the power grid from unexpected interruptions when overloaded.

The foundry is today a determining factor for the stability of the market, which needs to get closer and closer to renewable energies, implementing them in its power supply systems. For a greener and totally carbon-free future, it is essential that the aluminum die casting industry meets the new European objectives, which provide for total decarbonisation by 2050.

Many major companies are exploring the potential for the development and operation of hydrogen plants to reduce industrial CO2 emissions and develop a profitable and sustainable hydrogen-based business. The goal is to achieve low carbon production and processing of aluminum, while exploring new growth opportunities in recycling and new energy. Important Norwegian research points to the development of a complete chain for green hydrogen, a probable beginning could be the transition from gas to hydrogen in some plants, so as to experiment with this new technology and power supply.

Hydrogen technologies and their applications have been questioned several times. Several elements have changed in recent years, raising profitability in the transition from gas to hydrogen in plants. The ambitions of the EU and Norway to decarbonise the economy by 2050 require hydrogen as an important energy carrier and support programs are put in place. Furthermore, the cost of the technology is decreasing and Norway is particularly well suited for the development and use of hydrogen due to its resources.

In Siberia, too, some large corporations are reviewing their organization and launching a modernization program that focuses on building new production capacities at aluminum foundry in different cities. New structures will be built using pre-cooked anodes using the most modern and ecological technology. The modernization program will minimize the environmental impact of metallurgical production and reduce energy consumption by up to 20%. The work is scheduled for completion in 2030. Pending approval, the large-scale project will make a positive contribution to city development and improve the quality of life for residents. It will also have a positive effect on the economy in general with job creation, as hundreds of businesses and organizations expect new orders, resulting in increased tax revenues at all levels. This ambition aims to meet the global trend for achieving a greener economy.

Thanks to the environmental measures and initiatives implemented in the last decade, the volume of emissions from the activities of aluminum foundry, of some major corporations, has been reduced by almost 20%, industrial wastewater discharges have decreased by more than double and the consumption of fresh water has been reduced by a third. These results have been achieved thanks to the introduction of modern production and environmental technologies.

In some plants, the implementation of vessel cells using fired anodes has begun and the existing gas purification units are being modernized. The use of more environmentally friendly raw materials together with partners for the production of pecis partially replace imports and reduce emissions of harmful polyvaromatic substances.

In this trial, aluminum was successfully produced with the lowest carbon footprint in the industry, less than 0.01 tons of CO2 emissions per ton of metal. The purity of the aluminum produced is over 99%. The capacity of some new electrolysers is about one ton of aluminum per day at a current of 140,000 amps. A revolutionary technology in which inert anodes replace standard carbon anodes with inert and non-consumable materials - ceramics or alloys, which results in a significant reduction in emissions from the melting process. Compared to all-around industry average emissions, metal produced with inert anodes has an 85% lower carbon footprint. Another revolutionary advantage of this technology is the release of oxygen in the aluminum production process. An inert anode cell can generate the same volume of oxygen as 70 hectares of forest. The goals see reducing carbon emissions to zero by 2050 and emissions by at least 35% by 2030.