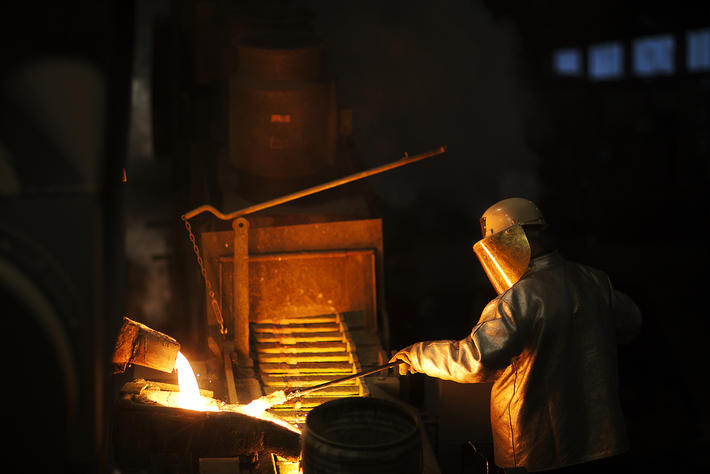 The Assomet Study Center indicates contained reductions in the production of semi-finished aluminum products compared to the forecasts made at the beginning of the health emergency in the first months of last year.

The Italian aluminum sector and, in particular, semi-finished products recorded a consistent recovery starting from July 2020, which then consolidated in the last months of the year, leading to decreases of around 5%, significantly better than expected during the hard months of lockdown.

The general sentiment among market operators is currently positive, thanks to a good coverage of orders and a total recovery in productivity, which was initially thought to be related to the accumulation of previous orders, but which instead seems to persist, taking the form of a real recovery. The most marked decreases have affected the production related to the automotive and, to a lesser extent, to the building, which however in recent months has seen an increase in the demand for semi-finished products, thanks above all to the "Super bonus 110%", aimed at reviving the construction sector.

The trend is different for companies whose production is destined for the packaging and pharmaceutical sectors, which recorded positive values throughout the year, both because there was no interruption of the activity as related to basic needs, and for the decline in imports from China.

Another fundamental sector of the Italian aluminum market, that of foundry blocks, contrary to semi-finished products, has not recovered the sharp reductions recorded in the months of the lockdown: national production stands at 570,300 tons, with a drop of 18%.

National consumption, however, records a heavier reduction, around 27%, as a substantial amount of bread has been exported: exports are in fact growing by around 8-10% compared to 2019 (about 290 thousand tons). Imports, on the other hand, recorded a decline of 19%, with about 160 thousand tons.

Aluminum prices have experienced two very different periods in 2020, influenced by the evolution of the health emergency. From the beginning of the year until the peak of the pandemic, the prices of the London Metal Exchange (LME) recorded declining prices, falling to $ 1,421 in April (a low for over four years). Then, in the second half of the year, thanks above all to the reopening and the unexpected economic boom in China, aluminum reversed, reaching its highest point in December: 2,051 dollars.

Premiums were also significantly higher in the US, Europe and Asia as of late 2020, with strong demand and shortage of scrap outside China, supporting a further increase in demand for the metal.

The demand for base metals in China has increased thanks to significant government investments to stimulate the economy, mainly aimed at the real estate sector and infrastructure. This has led to strong increases in imports, from bauxite (+ 14%), to alumina (+ 205%), but also alloy loaves and secondary aluminum ingots: imports increased from 219,000 tons in 2019 to over one million tons in the first 10 months of 2020.

Italy alone exported about 70,000 tons of alloy loaves to China in the period January-November 2020, compared to a value of 4,000 tons exported in the same period of 2019, evidencing the strong demand for metal from the Asian giant. On the other hand, scrap imports have dropped, mainly due to the new rules governing the entry of scrap and waste into China. The same trend is presenting itself in this first half of 2021, with continuous overtaking of the LME prices of aluminum alloys on the High Grade prices, both stably above $ 2,000 since mid-February.