The competitiveness of the aluminum industrial chain in Italy and Europe 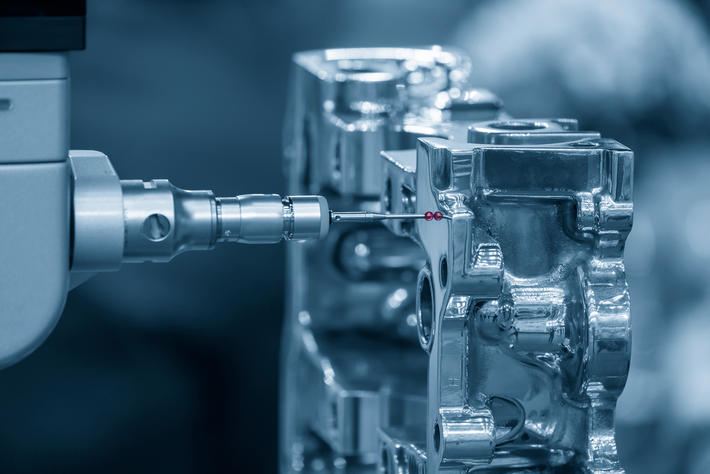 The competitiveness of the aluminum industrial chain in Italy and Europe

The structure of the aluminum industry in Europe has changed significantly in recent years, and since 2008 the European Commission has shown increasing attention to the aluminum supply chain, arousing interest in an adequate industrial policy in the sector.

Aluminum and its alloys are in fact the optimal choice for a large number of industrial applications, not only for their good combination of metallurgical and technological properties, but also for their excellent natural aptitude for recovery and recycling, a significant requirement. of eco-sustainability and circular economy.

The aluminum supply chain in Europe

The European aluminum industry includes over 2,500 companies active in the primary and secondary production of raw metal and in the first transformations, such as extrusions and rolled products, and in that of foundry castings, with an estimated employment of over one million workers in the supply chain and a turnover for production and direct processing upstream of around 55 billion euros per year.

The upstream sector is characterized by few alumina production plants and by a limited and ever-decreasing number of primary production sites.

In the downstream consisting of the transformation, processing, treatment and finishing of raw metal, there are thousands of small / medium-sized companies mostly not vertically integrated, which represent over 90% of the supply chain workforce and generate over 70% of the revenue.

With primary aluminum production sharply declining in recent years, the EU's primary metal supply chain is 80% dependent on imports from abroad, a very significant cost item for downstream converters and end users. Taking a look at what has happened in our old continent in recent years, it is easy to see that from the early 2000s to the present in the EU, primary aluminum production has decreased from almost 3.2 million tons in 2005 to around 1 million. 6 million tons in 2022.

The main reason for the financial strain of EU foundries and the forced closure of production is the extremely high price of energy in Europe. In a letter addressed to the President of the European Commission Ursula von der Leyen, it was clearly reported that the EU has temporarily lost about six hundred and fifty thousand tons of primary aluminum capacity in this last period, 30% of the total, so internal needs must be filled with imports of primary metal, often with a CO2 footprint well above the typical national one.

Observing the global world situation considering the pre-Covid-19 data, it is clear that even the location of primary aluminum production has profoundly changed worldwide in the last 20 years, with the exponential growth of the weight of China (which today represents about 60 % of total world production), with the strong retreat of North America and the European Union and with the growing importance of the Gulf countries.

The geographical relocation of production responds to the need to seek lower costs in terms of energy, processing of raw materials and transport.

The aluminum industrial system in Italy

The aluminum value chain has developed in Italy with great continuity since the beginning of the last century. According to recent estimates by Assomet-Centroal, the supply chain is characterized by over 500 production and first transformation companies, with over 16,000 employees, an annual turnover of about 12 billion euros, referring only to the production of raw metal and the first transformations; the system has no longer had primary production for some years, has important refining and remelting plants (over 40 according to a survey by the A&L magazine of 2019), together with 45 extrusion plants and about 100 presses installed, 13 rolling plants, over 400 castings foundries.

The entire supply chain resulted in an overall consumption of aluminum and alloys of about 2.2 million tons in 2021, with a per capita use of metal of about 37 kilos per year, one of the highest in the world.

Our estimate of the value of the entire segment, from production to end uses, according to an ad hoc calculation model defined by the LUISS University, is about 40 billion euros / year. As far as the historical trends of the rolling sectors of the last few years are concerned, there is clearly a complete recovery in all segments in 2021 after the sharp decline caused by Covid.

The Italian system has always paid attention to the recycling and recovery of aluminum, reaching the significant goal of 50/50 between the final use of electrolytic metal and recycled metal. With this good success in the reuse of light metal, the Italian aluminum supply chain feeds important strategic segments of the national industry, such as mechanical manufacturing, automotive and transport, building and construction, packaging, electrical engineering, furniture and design.

The role of trade policies to support the EU aluminum industry, the priority is the elimination of the EU import duty on raw metal

A complex system of import duties currently applies to raw and processed aluminum products. Import tariffs on raw aluminum introduced in the EU many decades ago were mainly justified by the need to protect EU smelters from downsizing production or even plant closures. But for many years, tariffs on raw aluminum imports have been ineffective to support EU primary production, which has fallen significantly due to large reductions and closures of smelters (and divestment will almost certainly continue).

On the contrary, the maintenance of the import tariff has led to a massive transfer of resources, estimated in two different studies of the Luiss University up to 17.8 billion euros in the period 2000-2017, from producers of semi-finished aluminum products to primary producers and secondary of raw aluminum operating both within the customs territory of the EU and in countries with a preferential tariff agreement with the EU.

Similar results were obtained in a recent FAIReconomics study of the German market. Unfortunately, we not only have the problem of the import duty on primary metal, but there are also fundamentally other reasons behind the recent tensions on metal prices and supply availability.

As already shown above, the EU's position is obviously vulnerable due to a lack of raw materials and its inability to attract global flows of metal due to tariffs. In this context, the great problem of decarbonisation has been added to make the situation worse.

The European Commission's proposal for the introduction of a carbon emissions compensation mechanism at the borders (CBAM) reflects the virtuous European commitment to minimize negative impacts on the environment and climate; but this proposal does not contain an economic logic, consequently thousands of downstream converters, processors and end users will have to incur additional costs and will have to cope with the growth of imports of more competitive aluminum products.

It is estimated that the extra CBAM cost to import more than 7 million tons of primary aluminum into the EU (the current average annual demand) could be worth at least 5 billion euros per year; this burden combined with the extra annual cost of the import duty on raw aluminum would lead to an overall cost increase of at least 7 billion euros per year, i.e. up to 200 euros per ton of primary aluminum depending on the price of an ETS allowance, the scope of issue and / or the benchmarks, a crucial loss of competitiveness on the global market.

Fortunately, we can also recall initiatives in the sector of our metal that look far beyond the themes of the strenuous defense of the hidden subsidy represented by a duty on a missing raw material, and we see strategies based on research and innovation. Very interesting prospects for the eco-sustainability of light metal come from different parts of the world and from many leading primary metal producers, who look with great interest at new production technologies and of course at the use of low-carbon energy. In particular, some companies are aiming at the total decarbonisation of primary production, while others are undertaking initiatives for solar aluminum.